What is the history of hanger development? Take a look! 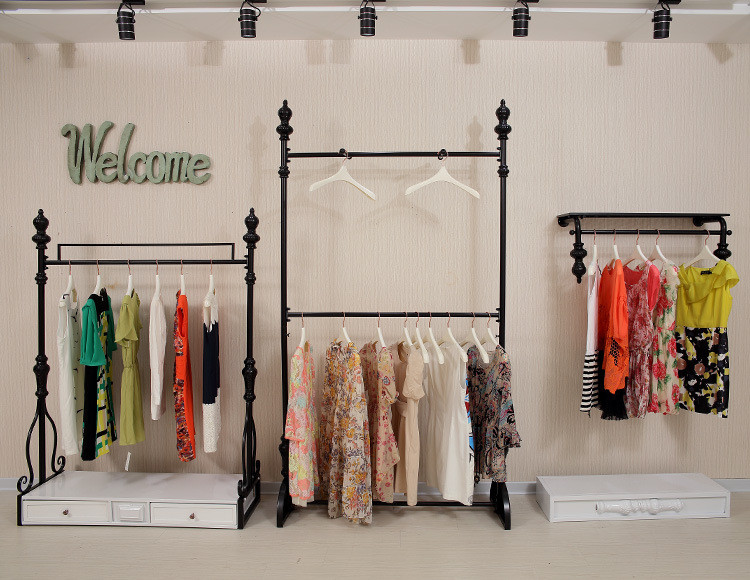 After washing clothes, we all need to use the hanger to dry clothes. The hanger can hang clothes well and is not easy to fall off. It is a very convenient tool for life. Hanger material style has been more and more advanced, hanger in our life may not be very noticeable, but it does bring great help to our life. What is the history of hanger development? Interested partners to watch it together!
The coat hanger was invented by a workman named Albert Parkhouse. He was a lampshade blacksmith for a wire and small craft company in Michigan when he became angry to find that the cloakroom of the factory was completely occupied with coat hooks. He angrily took out a length of lead wire, bent it into the shape of the shoulders of a coat and added hooks to it. This invention was patented by his boss and was the origin of the coat hanger.

Clothes hanger is a kind of furniture that appeared earlier in our country, zhou Dynasty began to carry out the ritual system, the noble class attached great importance to clothes, in order to adapt to this kind of need, earlier appeared the shelf specially used to hang clothes. The clothes hanger form of each dynasty is different, the name is also different. During the Spring and Autumn Period (770-476 BC), cross-framed wooden poles were used to hang clothes, called “boom” or “mu Shi”.

In the Song Dynasty, the use of coat hanger was more common than the previous era, and there are image data. The coat hanger in the dressing picture of the Tomb murals of the Song Dynasty in Yu County, Henan Province, consists of two columns supporting a crossbar, and the two ends of the crossbar grow columns, which are slightly upturned and made into flowers. The lower part of the column is stabilized by two cross piers, and between the lower two columns of the upper column, another cross cheng is added for reinforcement.

The overall shape of clothes hanger in Ming Dynasty still maintains the traditional pattern, but the material, production and decoration are especially fine. The lower end of the hanger is made of two blocks of wood, embossed on both sides of the inside and outside, with columns planted on the pier, and two hollow grass flowers standing teeth to clamp. The upper and lower parts of the station teeth are connected with the column and the pier with tenons, and the two piers are installed with small pieces of wood to save the lattice, because the lattice has a certain width, it can be placed shoes and other things. The lower side of the joint of each transverse bar and column is supported by the carved abductor back to the pattern of flower teeth. Hanger material selection, design, carving production, in the Ming Dynasty have reached a high level of art.
Hangers of Ming and Qing dynasties are elegant in shape, decorated beautifully, carved carefully and painted brightly. Officials of the Ming and Qing Dynasties wore black gauze red hat and a robe with a collar and horseshoe sleeve with a prefix and suffix. Therefore, the clothes rack in the Qing Dynasty was tall, and there was a horizontal bar on the post of the station teeth. The two ends were carried out and carved with decorations. The Qing Dynasty carried out the policy of “easy clothing”, promoting the wearing of manchu people’s clothes. Manchu people were agile, strong and tall, and the clothes they wore were large and heavy. The clothes of rich and influential people were made up of silks and satins, embroidered with flowers and phoenixes. Therefore, the prosperous, dignified and huge clothes hangers of the Qing Dynasty were characteristic of this period and also different from other times.

Qing Dynasty clothes hanger is commonly known again “court dress is worn”, basically hang buy a man to use official dress to be used, accordingly, all clothes hanger main beam is like 2 the double dragon that raise head, arrogantly ground is horizontal lie over there, symbolizing official luck is prosperous, the rest be like “blessing”, “lu”, “life” reach all sorts of adornment sex flower act the role ofing, emphasize their value concept further.
The clothes hanger of ancient time had new evolution and development again contemporary, traditional design and contemporary practical function photograph are united in wedlock, produced new household goods, do not have lasting appeal one time. For the history of hanger development, I believe we must have a more understanding. We are a collection of hardware hanger design,
Manufacturing, sales and service in one of the comprehensive enterprise, specializing in the production of electroplating hanger electroplating hook electroplating hanger. Users in need welcome to contact us!

We warmly welcome customers from at home and abroad to cooperate with us for common success.